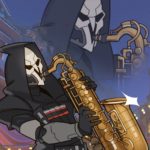 Age of Discovery is a recreation of the state of the world in the year 1453. In that year, the Ottoman Empire captured Constantinople from the Byzantine Empire. This effectively barred Europeans from important land and sea trading routes. European leaders wished to know how far Muslim territories in Africa extended, as they hoped to bypass them and trade directly with West Africa by sea, in order to access the lucrative spice trade. And so began the Age of Discovery, a time of European exploration around the tip of southern Africa and into the Americas.

This mod includes a comprehensive redesign of the world as it existed in the year 1453. Almost every element of the game is updated to account for this. We spent a lot of time researching and working to bring this mod to fruition, and it is still a work in progress. If you find any bugs or errors, or if you have any suggestions, please let us know on Discord at AquaWolf9461#7003.