Since this is starting to be more and more active as the clock ticks down... 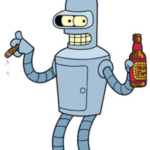 It's a tragedy that's been in the making for decades. The EU was - and is - a handy scapegoat for the British government and press, so much that they made a site with common "misconception" (lies, even).

Coupled with protestvotes against Cameron in 2016, here we are.

I'm kind of lucky, since my direct employment hasn't got anything to do with the UK but an article this week said 4 out of 5 Belgian companies that trade with the UK aren't ready for a no-deal Brexit. Stupid, but no one really thought May would head straight for the cliff.

The EU is a force for good in the world and has brought us (as in: Europe) peace and prosperity.  Leaving the EU isn't hard. Leaving without economic consequences is impossible.

So, May got the biggest defeat in modern history with her Withdrawl Agreement, then barely got her government through the VoNC, then within half an hour Juncker said that this deal is the best deal there is to get.

It's off to No Deal (which most PMs don't want), People's Vote or a GE. With European elections coming up, this'll be quite interesting. Verhofstadt already said that granting an extention for Article 50 would only mean importing the British chaos into Europe (what with them nominally having the right for EMP while still being in the EU and all that).

What was that Chinese (?) curse again? "May you live in interesting times". We're living it...

The EU, being one of the biggest tradeblocs in the world, can set their own "rules". The weaker nations are followers: they don't have the economical clout to make their own demands. While in the EU, the UK had a say in those tradedeals. The question now is how much "sovereignty" they'll actually have after leaving the EU.

May doesn't stand a chance to pull together any sort of agreement that can get a majority on board.

I fully expect the UK to crash out of the EU considering that most Tory's would rather set themselves on fire than help corbyn into nr.10

As for corbyn he is such a spineless figure that he will always go along with the labour right-wing that want to stay in the EU but now that they start splitting off who knows what shape the future labour party will hold.

Personally i think that England would be better off in the EU (but not a strong conviction on my part) considering that the pro-brexit capitalists are already talking of creating free economic zones and free ports (along a singapore model) for maximum exploitation and tax evasion by tearing up EU legislation.

Tragedy, as BBR stated, and folly are the words that come to mind. I don't know if Corbyn is spineless or actually also wants UK to leave the EU. Either way, European parliamentary polls show that he has lost the hopes of remainers. 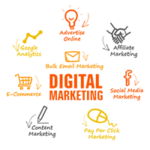